Two young teams meet in Group B, opening the men’s competition in Debrecen. Germany and Japan went into the match with full of hope and positive vibes, knowing that this is probably the easiest match for both. Japan started the match amazingly and built a four-goal lead after eight minutes and carried this wonderful form and confident attacks into the second period, so the Asians had a well-deserved four goal advantage at halftime. Turning to the second part of the game, Germany found the answer against Japan, but it was a bit late. At the end, the Germans were close to tie the game, but Japan defended excellently, gaining a truly important 12-11 win against Germany.

Water polo as it is meant to be – spectacular attacks, hard defence and brilliant solutions in the water. Just some facts about the Greek-Croatian derby from Group B. Theo Vlachos’ guys opened the game with a confident start and after Ioannis Fountoulis’ goal, Greece had a 4-1 lead after the first quarter. The previous part was the opposite, so after 16 minutes it was 5-5. The next two quarters was with full of intensity. Greece always slid away, but Croatia didn’t let it go away more than one goal. We turned to the last minute with 8-8 and Croatia had the chance to get the victory, but with heroic teamwork, the Greeks defended the situation and saved one point.

Georgia has played Brazil once before and it was a four-goal difference, so tonight’s scoreline was not unexpected. When you go goal for goal for two and a half periods, something has to break and Brazil’s defence was blown open, giving Georgia a debut victory at this level.

Hungary pulled up the better team, with the better scoring and all-round play and virtually assured itself of group supremacy — such an amazing thought on day one of men’s competition. The match was 3-3 at the first break, 6-4 favouring Hungary at halftime and 9-6 at the final break, finishing with the four-goal difference. 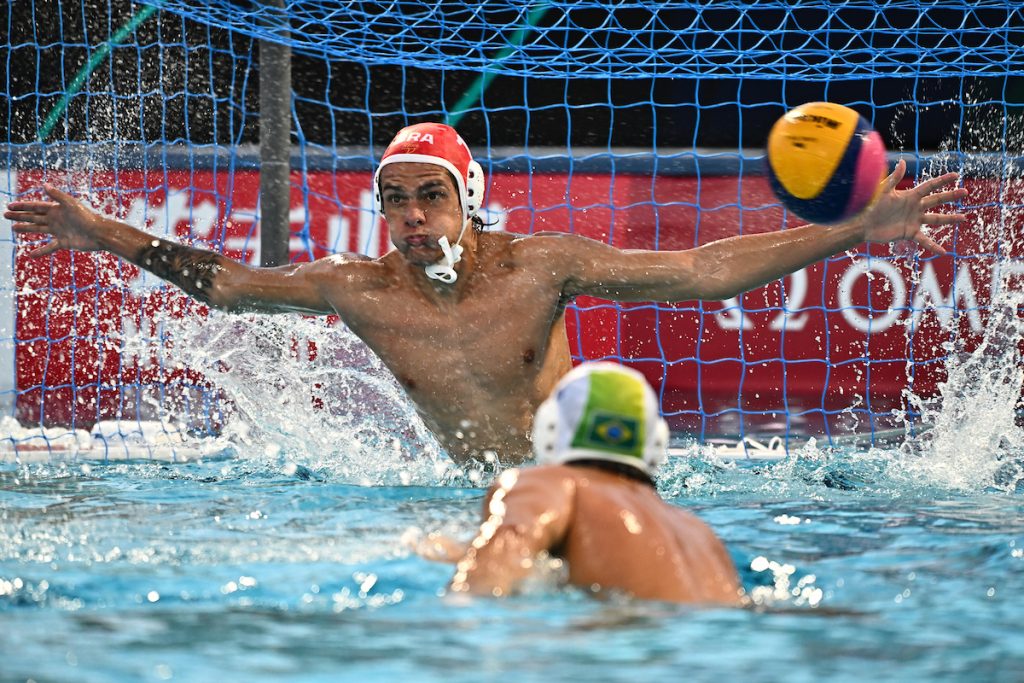 Italy started the World Championships as a title holder. The Settebello won its fourth title in 2019 and is ready to make it two in a row. Alessandro Campagna’s side was thrown off by South Africa and were a little bit nervous in attacking early in the match. The first quarter was 4-2. After that Italy was relieved and scored eight consecutive goals without answer. Italy’s defence worked well and conceded only 11 shots, and its keepers saved seven of them.

Spain has not won a gold medal at the FINA World Championships since 2001. At the last edition it was runner-up to Italy. Now the two nations are in the same group. Italy has shown that it has similar ambitions for this tournament as well, so it was The Red Fury’s turn. And the Spaniards were not furious, much more precisely, as they won against Canada by 19-2.

Australia avoided the two big guns for the opening match at the world championship and it aimed high after finishing sixth last time. Kazakhstan came here with a really young and fresh team trying to surprise Group D. The game started with a penalty shot for the Aussie Sharks and after that both teams remained silent; furthermore Kazakhstan missed the goal in the first half. In the second period both teams woke up and played a close game scoring 3-2 in each of the last quarters, which meant a six-goal win for Tim Hamill’s team.

It was the clash of the titans between USA and Serbia as it was one of the most awaited matches in the preliminary round. For the first time it was a full house in Szeged. Both teams started as everybody waited, head to head, one goal here, one goal there, big battle over and under the water. It was 5-5 in the first quarter, mostly with amazing offence and some mistakes in defence. In the second period, Serbia turned the table and came from behind to take a one-goal advantage. The third was a tie like the first (3-3), but in the last quarter the two times Olympics winner showed the winning mentality and character and beat USA 6-3. We’ve seen two of the best teams in the world and the atmosphere was amazing in the pool.