Even if we insist on the modest version of ‘because of the well-known reasons’ – still, it’s impossible to compile any piece of writing on artistic swimming without devoting words to the mighty Russians. One may consider the Chinese the ruler of diving – but their dominance is nowhere near to the Russians’ superiority in this discipline.

It was called synchro, when they took over the reign from the North Americans. Up until 1998, it looked like a never-ending story of mixed fortunes between the US and Canadian girls – then in Perth everything changed.

There Russia swept all three titles on offer (solo, duet, team) and since then they have been the ones to beat – only no one has been able to outperform them. Well, it happened a few times (four in the female-only events, to be precise): after two wins in solo, the one and only Virginie Dedieu of France managed to win three golds in a row (she was truly born to solo performances), but since 2007 this event also belongs to the Russians.

In duet the Japanese managed to gain more points at the home Worlds in Fukuoka 2001 – that marked the very last time till date that the Russians were bettered in an Olympic event at World Championships or European Championships. In the last 20 years they clinched each Olympic, World and European title in every event they entered, in the team event – the most important them – their winning streak alone at the Worlds stands at 11/11 (18/18 if we add the technical finals from 2007). 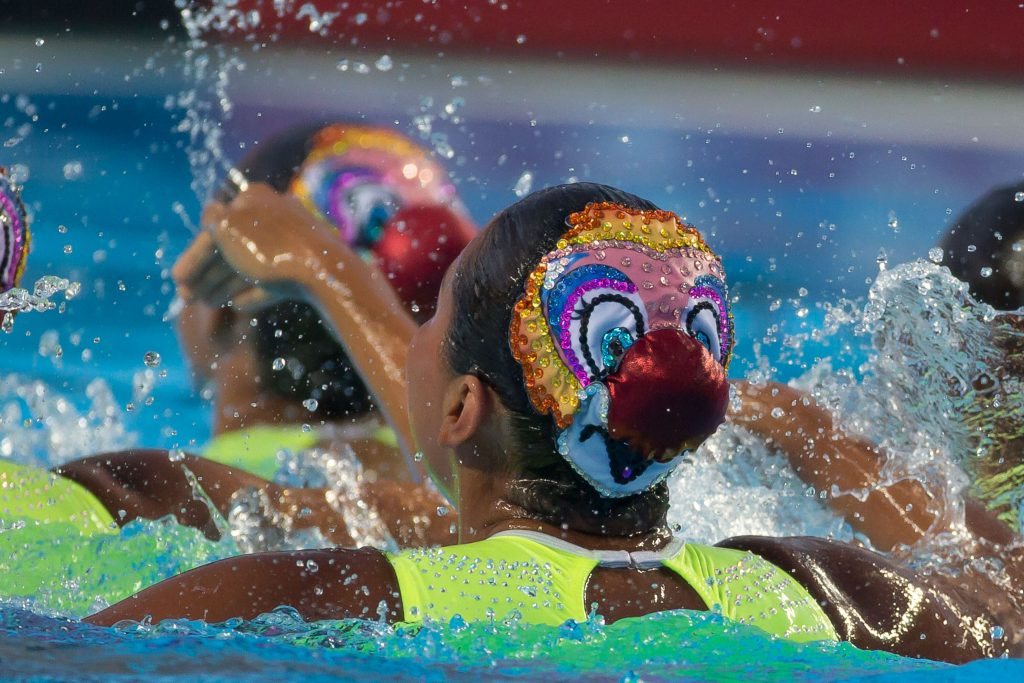 If you find any other flag in the lists the champions, it means Russia skipped that event. And the golden collection was enlarged with the introduction of the technical finals as medal events. Well, when the mixed duet made its debut, the technical routines saw rare Russian defeats both in 2015 and 2017 but in the last edition we witnessed the expected double – so the national team finished with 9/9, leaving the new highlight routine’s title to Ukraine. All in all, they bagged 60 of the 91 available titles in history, besides 6 silvers (this means they entered 66 events so far, won 60, finished second in 6).

In wake of all this, without them, this edition shall not be the same, we may agree. But who shall sit on the throne then? Well, based on the trends we saw in the previous years, this might be China’s turn for sure as they booked the ‘eternal runner-up position since 2011, amassing silvers in the Olympic events first of all. Here in Budapest they managed to make it to the top for the first – and till date the last – time in combo (the Russians didn’t enter). However, most recently the Ukrainians have been coming up too, in the last three editions they had a constant presence on the podium – it’s yet to be seen how their preparations have been affected by the horrors of the war.