Budapest is set to hold a FINA World Championships 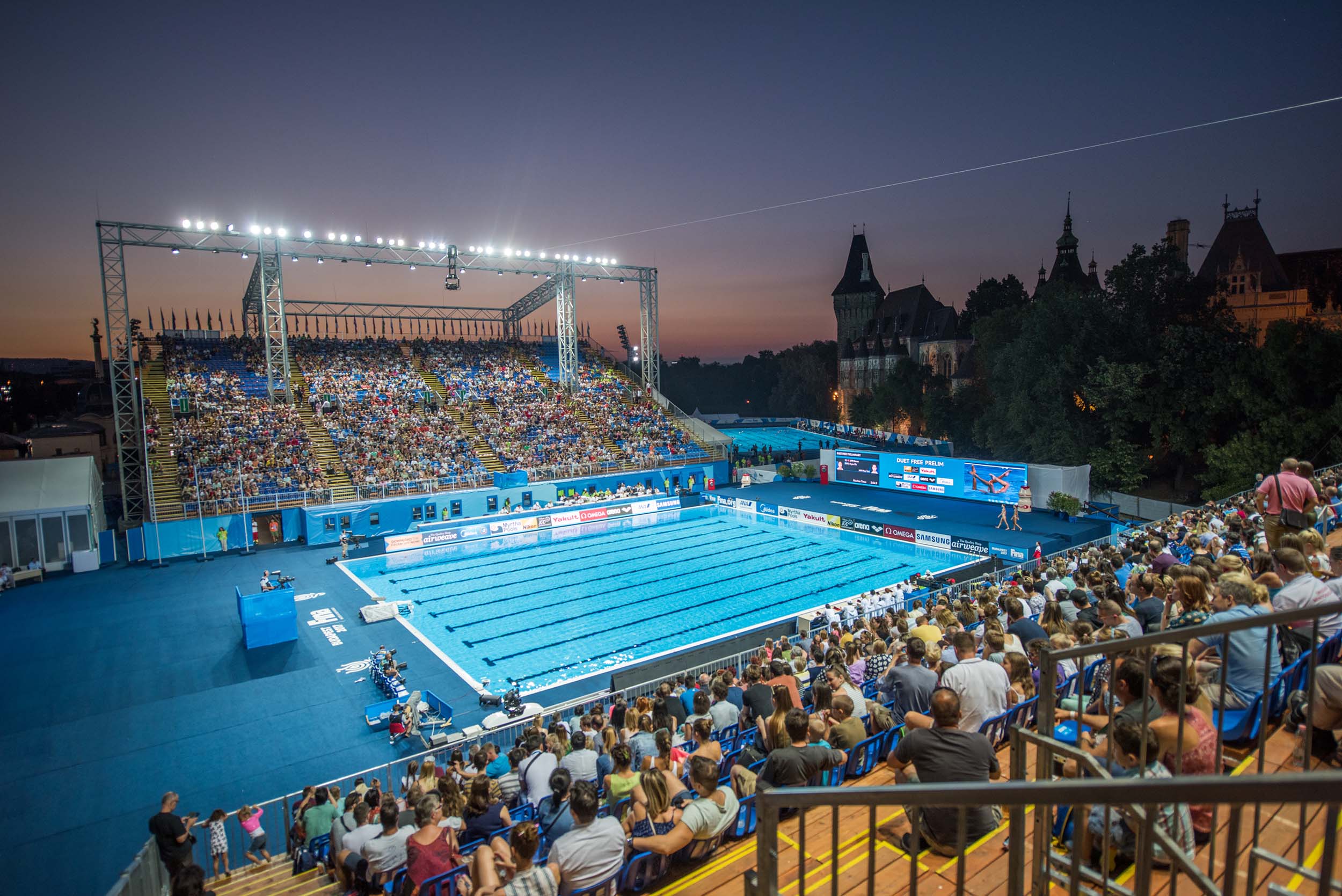 The agreement ensures athletes have a global aquatics championship to target in the summer of 2022. The agreement was reached after approval from the FINA Bureau today.

FINA and key stakeholders of the Fukuoka 2022 Organising Committee jointly agreed last week to move the FINA World Championships from 13-29 May 2022 to 14-30 July 2023 due to the current health impacts of the Omicron COVID-19 variant and the pandemic measures currently in place in Japan.

“As an aquatics community, we are finding solutions around the pandemic and today’s announcement is an important step in this process,” FINA President Husain Al-Musallam said. “We know we need to be imaginative in our approach in navigating through the current health crisis for our athletes. Today’s agreement is a testament to this work. FINA also recognises that the pandemic is evolving differently according to time and place. We are extremely fortunate to have event hosts that share our passion for aquatics and have the willingness, capability and flexibility to organise FINA’s most prestigious event. We are deeply grateful to all our hosts and know that aquatics athletes feel the same way.”

“With four FINA World Championships and the Paris 2024 Olympic Games over the next four years, we are maximising the racing opportunities and earnings potential for established and emerging aquatics athletes alike,” FINA President Al-Musallam added.

FINA will continue to work towards similar event programming for high dive athletes and masters competitors.

Two of Hungary’s biggest sporting stars – Katinka Hosszu and Kristof Milak – were upbeat when yesterday’s news came that athletes would again be competing for world championship medals in Budapest.

“Man, that’s brilliant,” Olympic and world champion Kristof Milak started a phone interview while at the training camp in Thanyapura, Thailand on hearing the news coming from Budapest. “As I always say, the Duna Arena is my home. It’s my pool; number 4 is my lane; that is where I train and where I win races. I have only fond memories and it’s amazing that I can go for retaining my title from Gwangju in Budapest.”

Milak’s performances at Duna Arena show that he’s certainly comfortable competing at the venue. Milak had his breakthrough moment at the FINA World Championships 2017 here as 12,000 fans watched in astonishment as a 17-year-old finished runner-up to Caeleb Dressel in the men’s 100m Butterfly. Since this global debut in Budapest, Milak has emerged as a star. This was only enhanced with his 1:50.73 blast at the FINA World Championships 2019 in Gwangju, Korea in the 200m Butterfly, a milestone performance in swimming history. When Milak came closest to this world record time it happened at – you guessed it – in the Duna Arena last year during the European Championships when he went 1:51.1.

While Milak surprised his home nation five years ago, the biggest hero of the FINA World Championships 2017 was Katinka Hosszu. Swimming at home, Hosszu maintained her hold on the women’s individual medley events by completing the golden double for the third time after also winning these events in 2013 and 2015. Hosszu went on to do this again in 2019, meaning that Hosszu will look to add to her legacy with a fifth-consecutive global IM double. 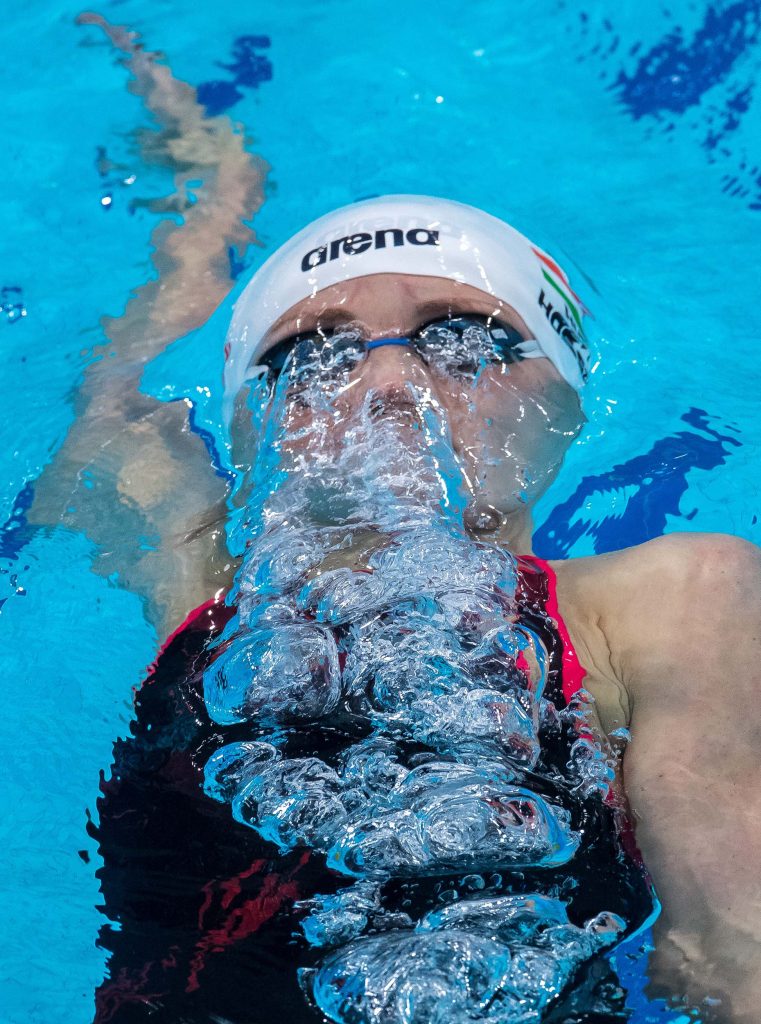 Hosszu smiled throughout yesterday’s press conference in the Hungarian capital city as the Budapest organising committee revealed their hosting plans.

“Let me approach this from the athletes’ side,” the nine-time world champion said. “If someone asks me which gold medal is the closest to my heart, I would say the two I claimed at the 2017 World Championships. I think the atmosphere in the Duna Arena, when the fans went crazy created everlasting memories not only for me but for other swimmers too. Just recalling this, I get excited.”

Hosszu anticipates that athletes and aquatics fans alike should expect more of the same this summer.

“This 2022 edition is a huge opportunity not only for the Hungarians but for athletes around the world,” Hosszu said. “Ask any swimmers who were part of the show five years ago and they will tell you that the 2017 Worlds were the best meet ever they had attended. This decision benefits everyone. And Hungarian swimmers can walk proudly among the others from now on as again it was our country which helped out the aquatic world as it happened a couple of times in the past.”

Taking Hosszu’s suggestion, we went back through the interview archives to see what the men’s and women’s Swimmers of the Meet – Caeleb Dressel and Sarah Sjostrom – had to say about the FINA World Championships 2017:

“I have never been to a meet like this. This meet was fantastic. Especially for the Hungarian swimmers, it’s been great. I absolutely envy the amount of respect and energy that came from the stands. It was awesome. I loved the great atmosphere.”

“And it’s so cool to have these World Championships in Budapest. I don’t think there’s any place in the world where swimming is as popular as in Hungary. The noise of the crowd in the arena has been a great inspiration.”

This June, the aquatics world will all be heading back to Budapest. The countdown has already started: there are just 129 days to go!

Go to Top
We use cookies to ensure that we give you the best experience on our website. If you continue to use this site we will assume that you are happy with it.OkNo