Walk around the city centre

Discover what it’s like to take in the views from the panoramic walkway between the towers of the largest Reformed church in the country and discover a mirage in Hortobágy, a World Heritage Site!

You can also visit the popular spa complex at Hajdúszoboszló. The unique composition of its thermal water pampers those who want to relax, yet you can also use its various leisure pools and have fun at the slide park. If you’d prefer an active holiday, you can cycle around Lake Tisza, which is famous for its rich wildlife. Then you can visit the giant aquarium in Poroszló, to see native Hungarian fish and other aquatic life up close. Debrecen, known for its cultural, architectural, recreational and conference possibilities as well as for being the second most pop – ulous city in Hungary, also has plenty of surprises in store. The city attracts many visitors thanks to its lively cafes, bars and restaurants. The Nagyerdő, or Great Forest, is a special feature that hosts numer- ous festivals and events.

Your journey starts here. You will find interesting cultural events
and entertainment venues in Debrecen.

For 300 years, the city’s main street has been home to the famous Debrecen fairs

The building has served as the temporary home for many Hungarian artists and celebrities since its construction. Then head over to the monumental Neoclassical Reformed Great Church, where you can read from one of the original copies of the Vizsolyi Bible; take in the breathtaking views from next to the Rákóczi bell in the dome of the west tower or from the panoramic walkway between the two towers; or enjoy classical music played on one of the most beautiful-sounding organs in the country, built in 1838. The main square is also home to the city’s coat- of-arms, made from a 180,000-piece Venetian glass mosaic, the Millennium Fountain, a statue of famous Debrecen native Magda Szabó and a group of statues erected in memory of Lajos Kossuth. Your next stop should be the Museum of the Reformed College of Debrecen, where you can learn about the lives of former college students through films, interactive exhibits and modern technological aids. Be sure to take a look at the charming old Main Library, which preserves manuscripts from famous Hungarian writers, including Endre Ady, Ferenc Kölcsey and Zsigmond Móricz. If you get tired, you can also explore the city by Tram no. 1. This tram, which first ran in 1911, also passes by the Reformed Lesser Church (Csonkatemplom), the Old Town Hall, the Great Church, the water tower and the university.

The sport-loving city has an extremely busy sporting life, it has numerous outstanding sport
venues and hosted a series of European and World Championships in several sports while its
football club won the Hungarian league seven times in the new millennium and could even
make the group stage of the Champions League in 2009 (the women’s handball team was a
European protagonist in the 90s).
Not surprisingly, it was one of the first county capitals in Hungary to build a new indoor
swimming complex with a seating capacity of 3,5000, which hosted the 2007 European
Short-Course Swimming Championships and five years later the swimming events of the
2012 European Aquatics Championships. It also welcomed several editions of the swimming
Nationals (in this April too) but also hosted several water polo events including the FINA
Men’s World League European Qualifiers in early 2021, the first FINA event held after the
halt caused by the Covid pandemic. 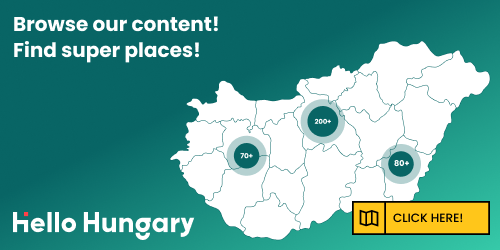