Diving: China vs Rest of the World

When the Chinese women stunned the diving world by finishing 1-2 both in the 3m and 10m events in Madrid 1986, few had foreseen what became a regular question approaching the annual major events: who might beat the Chinese? But entering the 90s, the Asian nation grew into a superpower.

In the new millennium apart from the relatively weak performances in 2003 and 2005, the question changed into a simple one: would anyone be able to prevent the Chinese from sweeping all titles?

Usually, there were a couple of successful attempts but not many. In 2011, fittingly at home, in Shanghai, the Chinese finally achieved the perfect 10 – not only with some brilliant dives at the judges but on the medal table too. And even though the programme was extended to 12, then 13 events, at the last edition in Gwangju the Chinese were overwhelming once more, grabbing 12 titles out of 13.

Indeed, they finished 12/12 as they did not enter the mixed 3m so the 13th title went to the Aussies – and in all but one individual finals they bagged two medals (a 5th place in the women’s 1m spoiled the party a bit), in four events they came 1-2, so finished the championships with 17 medals.

Here is the breakdown of their title-haul since 2001:

Consequently, the all-time ranks is a China versus the world battle: they clinched 95 golds (the 100th is on its way, almost surely will be celebrated in Budapest) – the rest of the world managed to land 56 so far, with the Russians and the US sitting in the second and third places with 13 titles apiece… In total, China claimed 175 medals – Russia has 50 and the US 46, just to demonstrate the dominance… 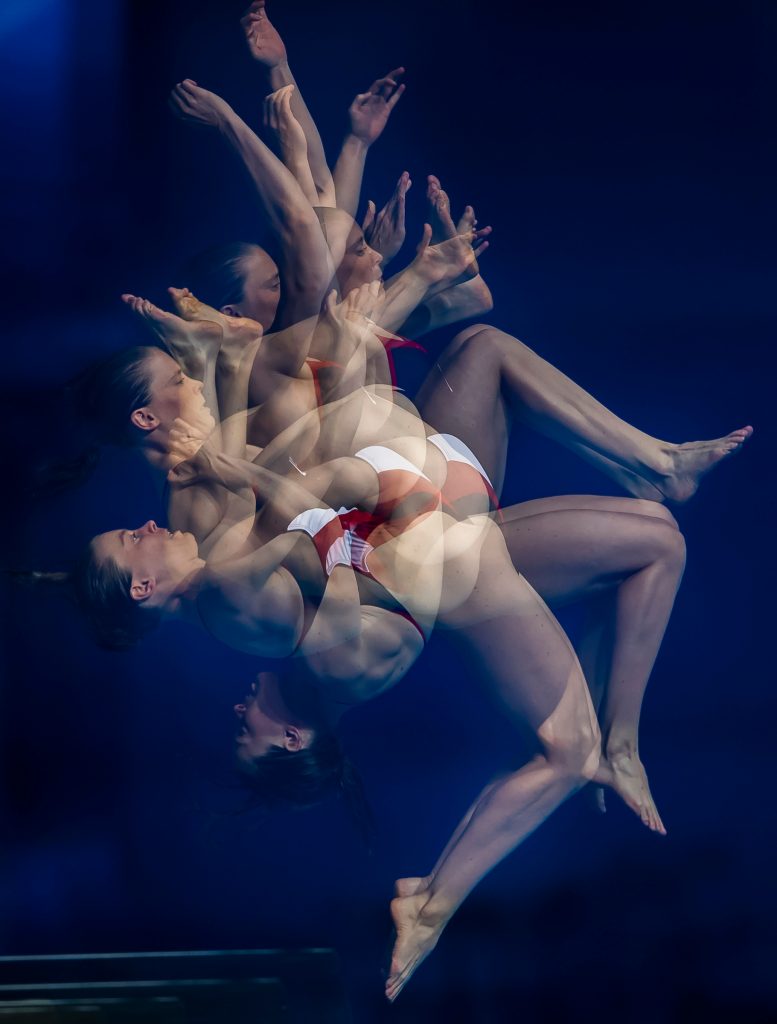 While the individual races seem to be more open – especially in the platform –, the synchro events belong to the Chinese, and they do exclusively among the women. Ever since the advent of the ‘duets’ in 1998, the sports’ ruling nation barely let the others win.

Interestingly, at the Perth premier the Chinese man doubled down the 3m and 10m titles while the women finished only runner-up. Remember the victors: Russia’s Yulia Pakhalina and Irina Lashko in the 3m, and Ukraine’s Olena Zhupina and Svitlana Serbina in the 10m. They were the first world champions and the last ones till date who outperformed the Chinese superladies. Since 2001, both events witnessed a golden run of 10 editions from China!

Among the men the landscape is just a bit different. In the 3m only the Russians could upset the Chinese, they did it twice, in 2003 and 2017 – the other 9 titles went to the Chinese, five of them in a row to the grand Qin Kai who managed to finish first with four different partners between 2007 and 2015. On the platform it’s just slightly better: China leads 8-3, won 6 of the last 7 editions, the last ones to ruin their party were Germany’s legends Patrick Hausding and Sascha Klein in 2013 – it’s a bit unbelievable that even though the Germans are one of the European superpowers but till date this one is their only world title.