The swimming competitions will start on 18th June, and both the hungarian fans and the whole team are looking forward to the start of the biggest event of aquatic sports. Total of 40 hungarian swimmers (including the openwater swimmers) will take part at the 19th Fina World Championships. The captain and the federation expect three or four medals, at least one of them gold.

Besides the Olympic champion and the currend world record holder Kristóf Milák, there are other favorites among the Hungarian swimmers:

All in all, Kristóf Milák, Katinka Hosszú, Szebasztian Szabó, Tamás Kenderesi and the openwater swimmer Kristóf Rasovszky, are the athletes, who can even win a medal in front of home fans.

The 22 year old Kristóf Milák is the biggest favorite in the 200m butterfly in Budapest.

This will be his third World Championships, (second in the Duna Arena) where he can win medals in a row.

He is an olympic gold meadlist and world record holder in 200m butterfly, but he can also win a medal in 100m butterfly as he did at the Tokyo Olympics. 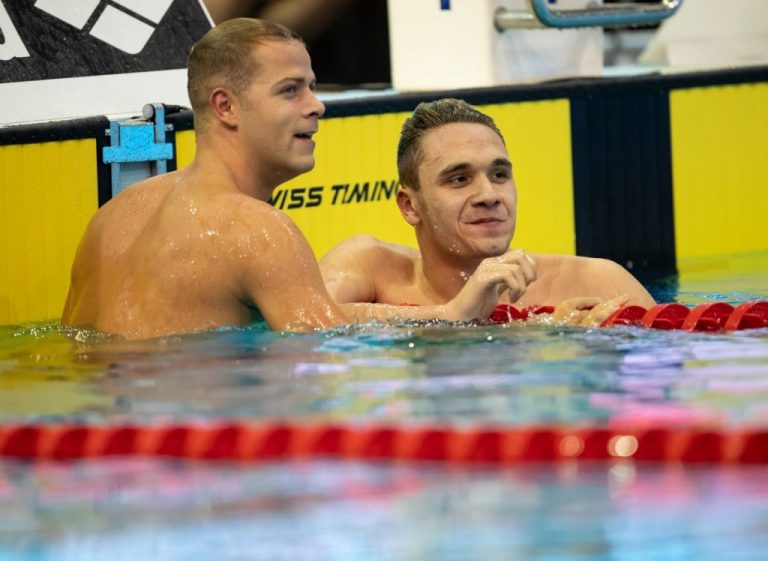 Former Olympic bronze medalist swimmer, Tamás Kenderesi, also has a good chance of winning a medal in the 200m butterfly, just like the European Champion of 50 meter butterfly, Szebasztián Szabó, who will also take partin the 4x100m free relay in addition to his individual events. 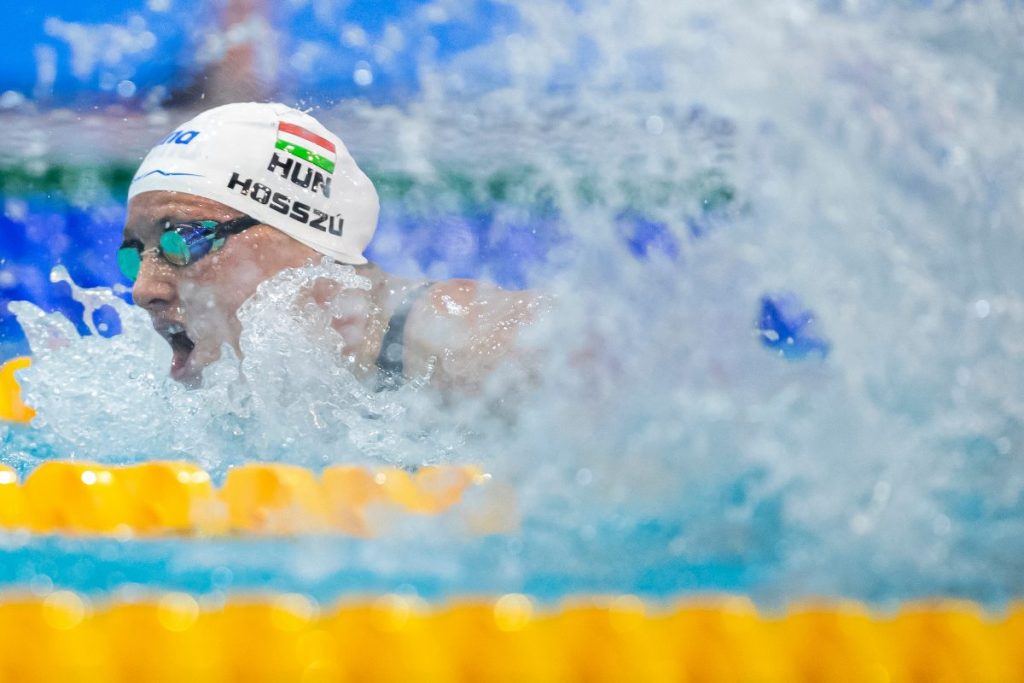 The three-time Olympic champion Katinka Hosszú is scheduled to compete in the 200m butterlfy, and also the 200 and 400m medlies in Budapest. Hosszú is the queen of individual medley, so her most important performance will be on the last day in the 400m medly final.

After a long waist injury Boglárka Kapás, former Olympic bronze medalist, and world champion, will compete individually in Budapest only in the 200m butterfly, and now her goal is to qualify for the final.

And least but not last 13 young talents from the Hungarian team will debut in a world championship, where five thousand people will be raging in the stands, and for sure, great experiences will await the young athletes.

The open water swimming competitions will be held from 26 to 30 June on Lake Lupa. The most successful open water swimmer in the hungarian team is the Olympic silver medalist Kristóf Rasovszky, who can fight for medals at 5 and 10 km.

For the complete prorgram (morning session) of the hungarian swimming team click here!