The preparation has begun at the Margaret Island

“In the morning I tried to put something on the top of the shelf, and then I felt the physical impact of our tour in Transylvania in my shoulders and calves” – said Vanda Vályi with a smile after the Hungarian women’s water polo team’s public training on Wednesday. In the first week of the preparing to the World Championships, the opinion of the Hungarian national team’s head coach and players was that the “Fantastic Transylvanian training camp” was not only a training camp to strengthen the spirits, but also a training camp on land and water.

“It was an eventful week, but the main part of the preparation begins at home, on Margaret Island”, Attila Bíró added. For three and a half weeks, the team will prepare with two water training sessions a day at the Alfréd Hajós National Sports Complex on Margaret Island. 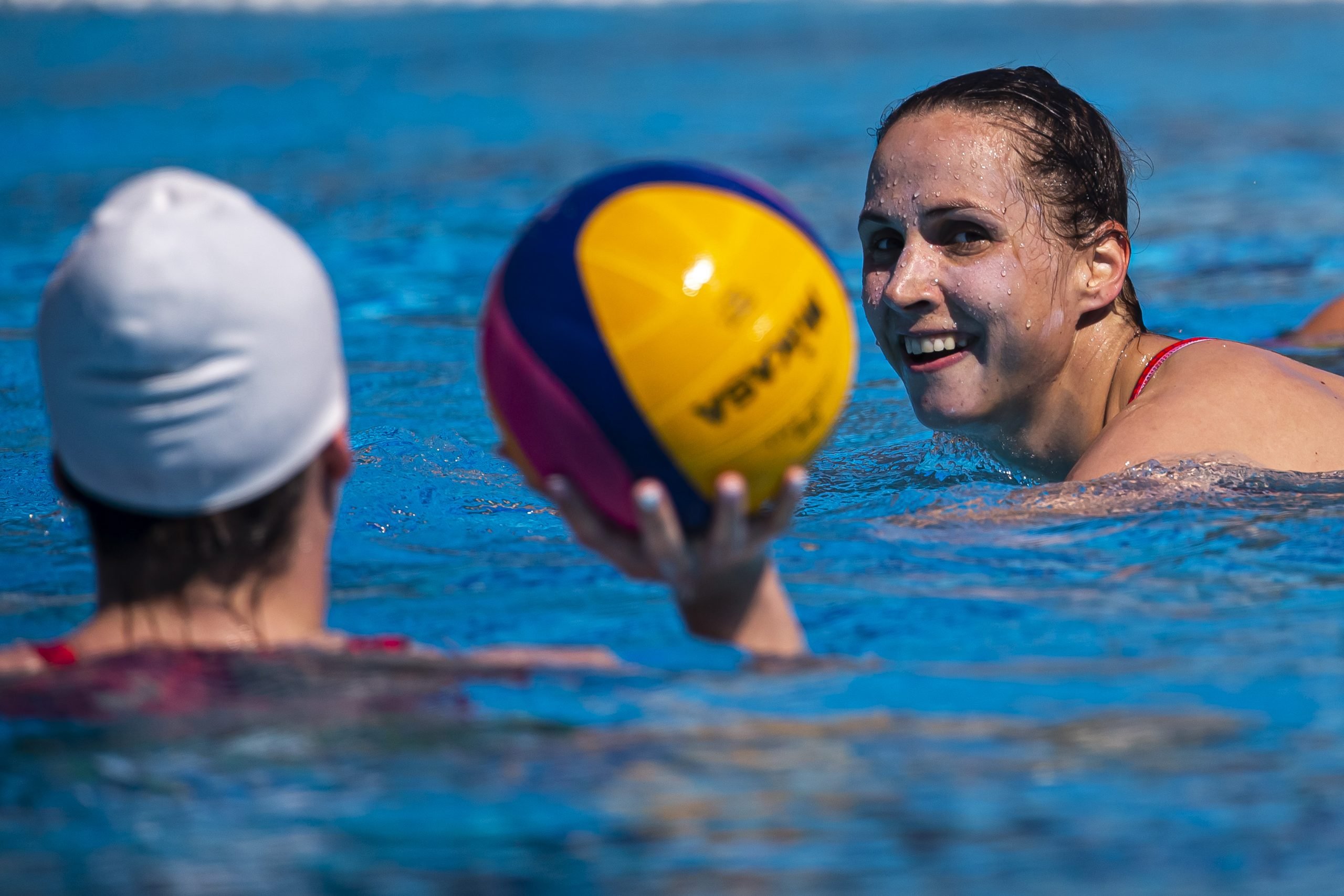 There will be no official matches or foreign travel until the World Champs, but there will be a lot of “friendly” matches: from 6 June the Hungarian national team will train with the Australians in Veszprém for a few days, and then in Szeged with the Olympic and World champion, tema USA. “It is mainly during these training sessions that the players will have to fight for their place in the World Championships squad.”

The Hungarian national team’s staff is confident that the bronze medallists from Tokyo will play a leading role this time, and the coaches are looking to integrate some youngsters who can give the team the momentum and freshness that will help them fight for victory, or at least a medal, at the World Championships at home.