Twins win at the World Chamionships

Twin sisters took the spotlight on the second day of the 19th FINA World Championships on Margaret Island.

The spectators of the Budapest World Aquatics Championships witnessed a unique result: only twins stood on the podium after the Artistic Swimming Duet Technical Final at the Hajos Alfred Swimming Complex.

Although it is not uncommon for siblings to compete in pairs events in the hope of achieving the best possible result, in the history of synchronised swimming it has been unprecedented that identical twins took home all three medals.

After finishing runners-up at the last five World Championships, China’s duo Wang Liuyi and Wang Qianyi went all the way to victory this year and claimed their country’s first gold in Budapest. Ukraine’s Aleksiiva sisters took second place in the very close race. The 2020 Olympic bronze medallists – born under the sign of Gemini – Maryna and Vladyslava won the war-torn country’s first silver medal in a Duet Technical event.

Anna-Maria Alexandri and Eirini Alexandri also had something to be proud of in the Hungarian capital: they took home Austria’s first medal in Artistic Swimming. 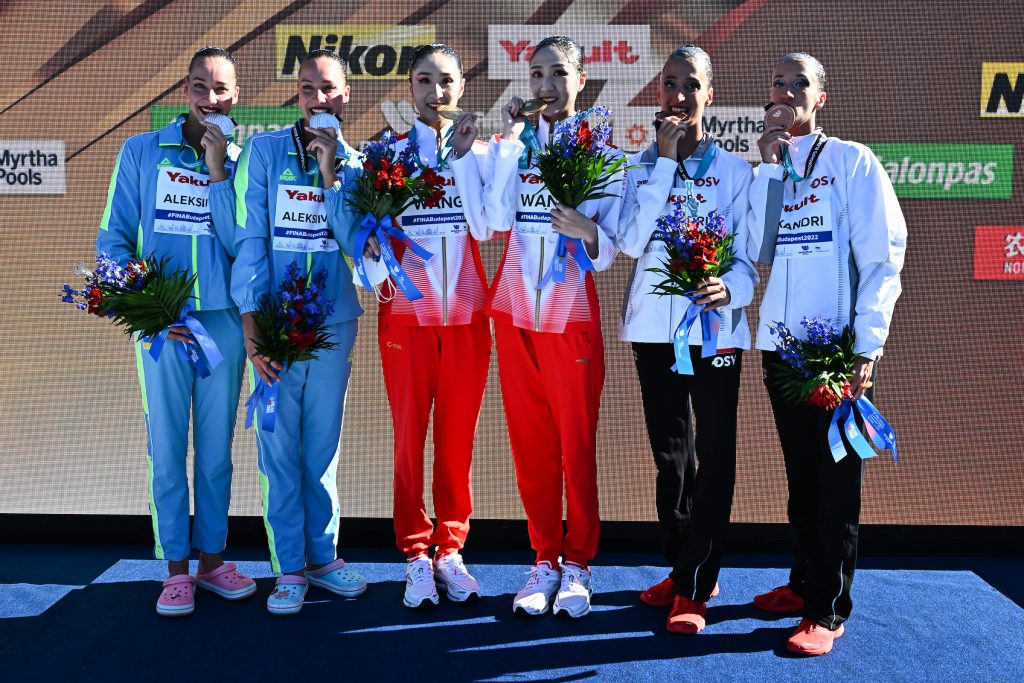