artistic swimming
For the past three days, aquatic history continues to be made in Budapest, Hungary at the 19th FINA World Championships. Today, at the Hajos Alfred Swimming Complex on Margaret Island, the medals for the Mixed Duet Technical and the Team Free Combination were contested. The results of both events were filled with firsts, historic moments and achievements from veteran elite athletes and future stars.
Mixed Duet Technical Final
The development of the Mixed Duet events and the increase in the number of male artistic swimming athletes evident by the high number of debutantes in Budapest. This edition of the World Championships is the first one with a final featuring the complete allotted twelve pairs. For four of the eight first time participants, the duets representing Slovakia, Thailand, Mexico and Puerto Rico, it is also the first appearance as a country in this event at a World Championships.

After an exciting competition with a great display of the contrasting feminine beauty and grace paired with the male power and strength, it was Italy’s Giorgio Minisini with new partner Lucrezia Ruggiero who topped the podium with a score of 89.2685. With today’s gold medal added to the one gold, three silver and two bronze medals won in 2015, 2017 and 2019 World Championships, Minisini is now the most decorated Male Artistic Swimmer.

The first-ever brother-sister duo participating at a World Championship, Japan’s Tomoka Sato and Yotaro Sato successfully performed their Tarzan routine to bring Japan its first silver medal in this event. The choreography for which the pair received 86.5939 points, creatively incorporated jungle animal movements and showcased their fitness and strength in the lifts and hybrids throughout the routine. 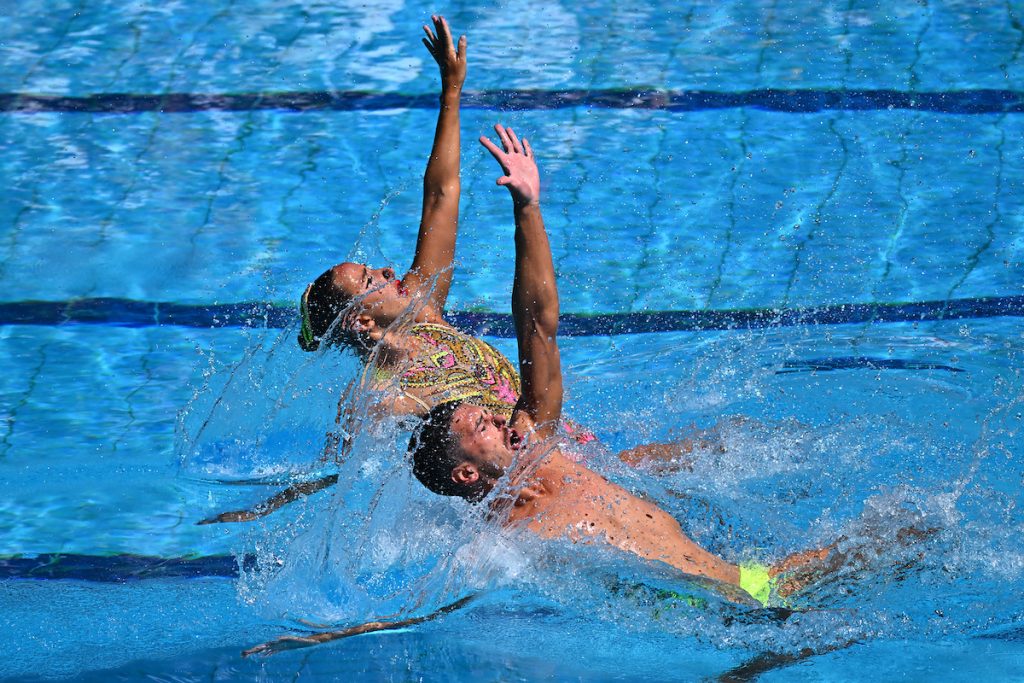 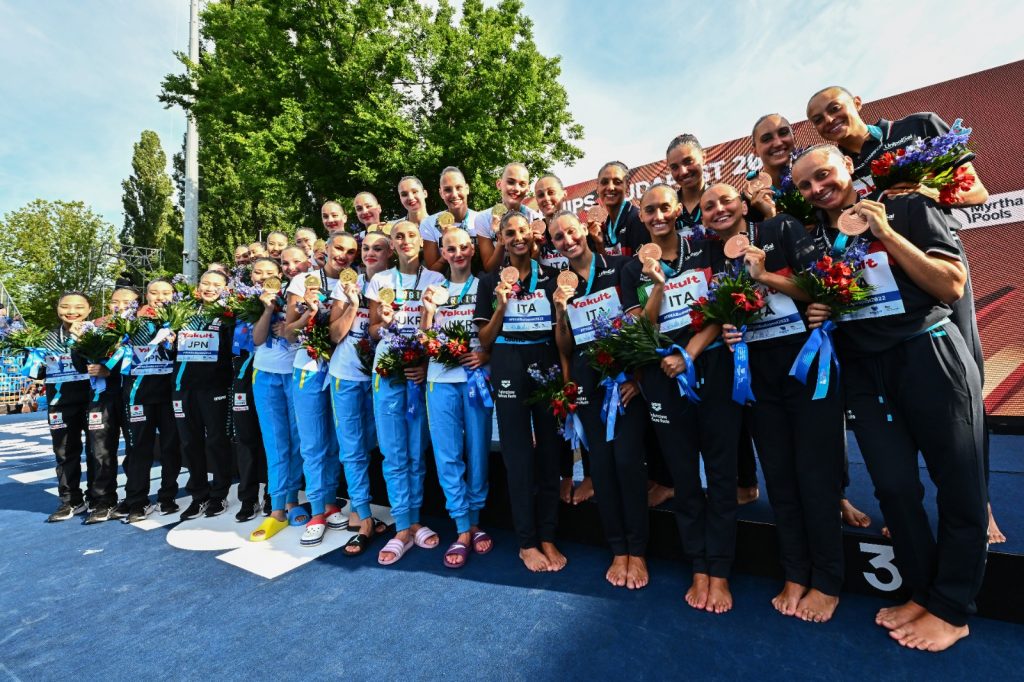 Ukraine, after winning three World Championship medals in previous editions, bronze in 2013 and again in 2019 and a silver in 2017, Ukraine earned their first-ever FINA World Championship gold medal with a score of 95.0333. The choreography called “A Magic Castle” allowed this team to move through formations, combinations, and difficult hybrids effortlessly and smooth, keeping the audience captivated and feeling the joy and magic.

Japan, performing their routine “The Haunted House” for the first time, scored 93.5667 points to claim the second step on the podium. Swimming to very scary and dark music, the choreography was unique, with difficult patterns and hybrids, but gave the Japanese athletes the opportunity to perform and tell a story. Today’s silver medal is Japan’s sixth World Championships medal in this event, including one gold medal in the 2003 Barcelona edition.

After just missing out of the medals in 2017 and 2019 World Championships, Italy received 92.0333 points from the three panels of judges, to claim their first podium finish and the bronze medal in this event. Italy’s routine “Super Eroi” told the story of the fascinating and sensual middle East during the times of Suleiman the Magnificent. The dominantly red bathing suits symbolizing the intrigue and opulence of the Harem Topkapi.

Twenty-eight athletes competed in the preliminary round of the Free Solo for one of the twelve spots for Wednesday’s Final round. The top five qualifiers identical to the results of the Solo Technical event here in Budapest. Leading the field with a 94.5667 is Japan’s Yukiko Inui, followed by Ukraine’s Marta Fiedina, Greece’s Evangelia Platanioti, Italy’s Linda Cerruti and Austria’s Vasiliki Alexandri.

The program for Tuesday, June 21st includes the preliminary round for the Duet Free event and the Team Technical final event. Full results of the Championships can be found here as well as information for the live broadcasts. 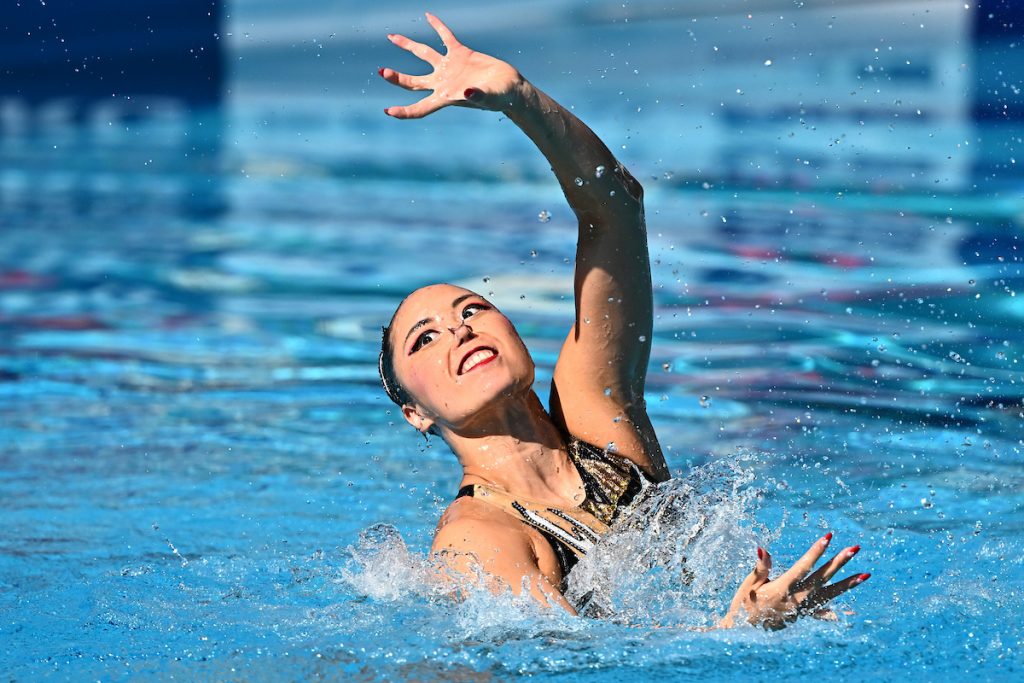